Detroit Tigers' Ron Gardenhire: To beat shift, hit it where they ain't 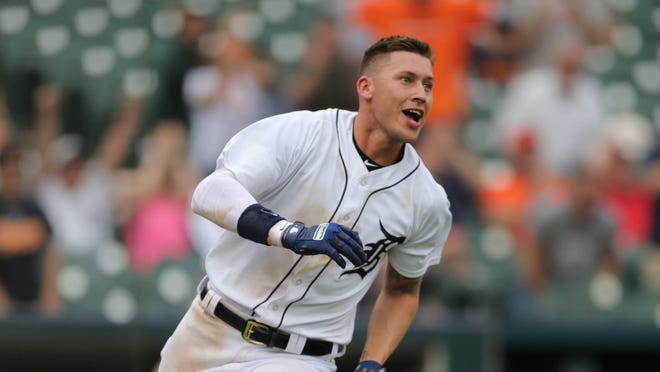 The analytical data teams are using to employ defensive shifts has advanced light years since Detroit Tigers manager Ron Gardenhire was a player.

Gardenhire recalled Wednesday how former Mets pitchers Randy Jones or Pat Zachry would tell him where to stand when he played shortstop and they wanted to put a shift on a batter.

“That’s about as deep as we got,” Gardenhire said. “It started changing the last couple years.”

Gardenhire said in 2014, his last season managing the Minnesota Twins, he and Paul Molitor would watch video of other teams.

“It is evolved now,” Gardenhire said. “We’ve got all this information from our analytics department on where to play them, all kinds of heat charts, you name it.”

But hitters, stubbornly, haven’t adjusted as much as they should.

Gardenhire said he talks all the time about the free base hits that are available against the shift.

“If you’re a big guy, I get it,” Gardenhire said. “If you’re a home run hitter, I get it. If you’re a contact guy that sprays the ball around, you should really work on it in BP. Believe me, we’re preaching it to a few of our guys. If you’re shifting you right now, that’s probably not a good thing. That means you’re rolling over a lot of baseballs and you’ve got something in your swing, you need to make an adjustment.

“The mindset is, ‘Why wouldn’t they (adjust)?’ They don’t do it a lot. Not very many take advantage of it. It’s about that big home run. Big guys… are supposed to swing for home runs and that’s what they do.”

Gardenhire said as teams use the shift more, pitchers have started practicing catching foul balls to the third base side.

“We’ve worked on that,” Gardenhire said. “They have to catch that pop fly because there’s nobody else over there.

“A pitcher catching a pop fly was (once) taboo. Now we work on it.”

Lefty Daniel Stumpf has not allowed a run in 13 of 14 appearances this season and has a 1.59 ERA. Opponents are batting .195 against him this season.

“You start off a bullpen trying to figure out roles,” said Gardenhire. “He was going to be our left-hander out there (in the bullpen). You save him for the big left-handed situations. Well, a lot of things happen where you just have to figure out how to use him now.

“I see him as being able to get lefties and righties out. One inning max, so you might have him available the next day. But, he can come in and get the lefty out. He can be that lefty specialist. But he can also go through an inning, which is really important. We need that.”

Miguel Cabrera, who isn’t in the starting lineup for the third straight game due to a left biceps spasm, was selected as the Tigers player of the month for March/April.

Lefty Francisco Liriano was selected the Tigers pitcher of the month. In five starts, he went 3-1 with a 3.38 ERA and 21 strikeouts in 29 1/3 innings. He also ranked 10th in the American League in opponents' batting average (.196).